Caribbean Area Squash Association (CASA) President Craig Archer Saturday night said that Guyana has earned an automatic qualification for the 2015 Pan Am Games to be held in Toronto, Canada.

Addressing the gathering at the tournament’s closing ceremony hosted at Grand Coastal Inn on the East Coast Demerara on Saturday Archer said Guyana’s qualification was as a result of the teams’ performances at the just concluded Caribbean Squash Championships which was held at the Georgetown Club.

Final team results are as follows: 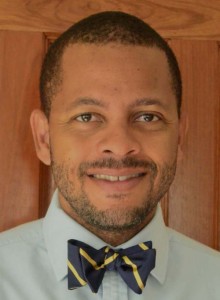 The new President of CASA is Mr. Ronald Burch-Smith, the former CASA Secretary, who replaced Mr. Craig Archer, who had served the maximum permissible two consecutive 2-year terms as President. Mr. Burch-Smith is a seasoned administrator and is a former President of the Guyana Squash Association. Outside of squash he is an Attorney-at-Law, practicing in Guyana and St. Vincent and the Grenadines. He is currently also President of the Guyana Bar Association and the President Elect of the Rotary Club of Georgetown.

The CASA Directors will serve for a period of two years beginning August 16, 2013. They are as follows:

The previous CASA Directors served from August 2013-15 and were reappointed unopposed to serve for a further two year period beginning August 16, 2013

The outgoing CASA President, Mr. Craig Archer, who has been on the CASA Executive Committee continuously since 1999 was elected as the new CASA Secretary and is from Barbados. He continues as the current Caribbean Director on the Executive Committee of the Pan American Squash Federation (FPS).

There are currently nine (9) member associations of CASA: 1) the Bahamas 2) Barbados 3) Bermuda 4) Cayman Islands 5) Guyana 6) Jamaica 7) the O.E.C.S. 8) Trinidad and Tobago 9) Venezuela. It was agreed at the AGM in 2009 that each member will be entitled to have one representative (also known as a “CASA Director”) on the Executive Committee of CASA, It was also agreed that the Senior CASA Squash Championships (which had been held biennially since 1977) would become an annual event from 2010. As a result the biennial Southern Caribbean Squash Championships (last held in 2008 in Guyana) were discontinued.

General Meetings of CASA used to be held every two years to coincide with the staging of the senior CASA Championships but have been held annually from 2009. The next CASA AGM will be held during the Senior CASA XXII which will be hosted by the BSA in Barbados in August, 2014. The most recent CASA General Meeting was held on August 16, 2013 during the 21st Senior Caribbean Squash Championships that were successfully hosted by the GSA at the Georgetown Club in Guyana from August 11-17, 2013. 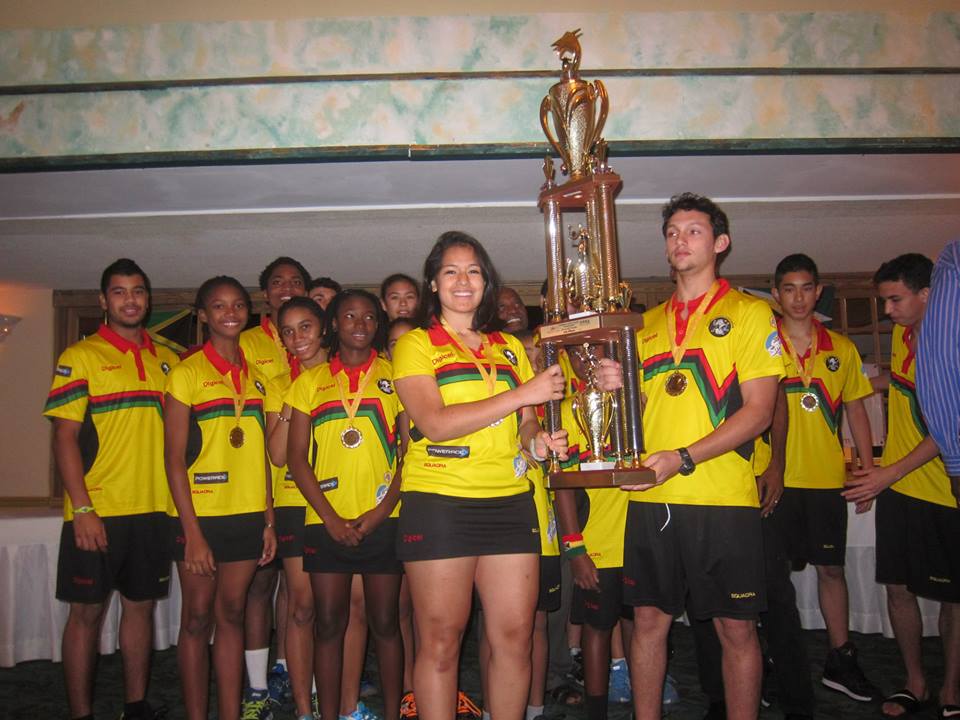 The Bermuda squad lost out on the combined overall title on games count back to Guyana with both countries having a 1st & 3rd finish. It couldn’t have been any closer and came down to just a handful of points.  Congrats to Team Guyana.

Guyana won the girls event. Bermuda girls beat Barbados 4-1 for a third place finish. The Bermuda boys’ team continued to dominate beating Guyana comfortably in the semi-finals and then finishing off a fantastic week by crushing OECS 4-1 in the final to lift the Boys team title.

The 22nd annual Caribbean Area Squash Association (CASA) Junior Caribbean Squash Championships concluded this evening (Friday) in the Cayman Islands with Jamaica winning the boy’s team title 3-1 in the finals against Barbados, while in the girl’s team final Barbados won its twelfth girl’s team title by overcoming a plucky Trinidad and Tobago team by three matches to two. At the time of writing the third place finishers were not known but by virtue of its 1st and 2nd place finishes Barbados claimed the overall team title for the fourth time in six years with 18 out of a maximum 20 points. Jamaica placed second overall.

After Barbados eased into the girl’s final with a 3-2 victory over Jamaica in the first semi-final on Thursday, Trinidad and Tobago followed suit with a similar victory over the defending champions Guyana in the other semi-final. The Barbados team would have started the girl’s team final full of confidence since they defeated T&T by four matches to one when they met in an earlier round robin encounter. First on court for Barbados was the Bajan star of the tournament, Cheri-Ann Parris, who earlier in the week had played unbeaten in her age group in the individuals to become the new Caribbean under-15 champion. Cheri-Ann had also won all four of her previous team matches and wasted no time with Trinidad’s Tessa Martin and won in straight games 3-0. After the next two matches in the under-19 age group were split with 14-year old Bo Harris of Barbados winning at #1 and Maia Blackman losing at #2 to Jamie Galt and Nakita Poon Kong respectively, the Barbadian under-13 champion, Tanya Marshall, sealed victory for Barbados with a confident 3-1 victory over Trinidad’s E. Bones.

In the final dead rubber, Barbadian Nadia McCarthy was forced to concede her match against Trinidadian, Joanna Scoon, the new Caribbean under-17 champion due to illness, but this did not affect the overall result with Barbados reclaiming the girl’s team title that they have held more often than all the other Caribbean teams combined since these junior championships began in 1981.

In the boy’s team finals the confident Jamaica team swept the first three matches against Barbados making the final two matches merely academic. At under-15 the Jamaican, B. Burrowes defeated Nkosi Ross, while at under-19 #1 David Patterson defeated Rhett Cumberbatch and at under-19 #2 Brad Lowe defeated Alex Garcia to clinch Jamaica’s first boy’s team title since 1983. In the final two dead rubbers, Barbados’ under-13 Liu Ross defeated S. Reynolds of Jamaica while the final under-17 match between arch rivals Bryant Cumberbatch of Barbados and the new Caribbean under-17 champion, Chris Binnie of Jamaica, was not completed due to time constraints.

STANLEY Marcus Jr finished the third game with an amazing point to give Guyana the Boys team title and the overall champions’ crown of the Western Union/Supligen Caribbean Junior Squash Championships at the Georgetown Club yesterday.

But the Boys team produced the tension, as Guyana aimed to regain the male supremacy they last held in 1997, and at the same time clinch the overall title a tenth time. With the eventual 4-1 victory over Bermuda, Guyana won both titles a second time, having won the first in 1984 in Jamaica. The only other country to hold both titles was Barbados in 2001 at home.

Guyana led 2-1 and 15-year-old Marcus took to the court to face Andrew Robinson in the Under-19 (2) match, which clinched the title. Marcus was the reserve, meaning he could be injected in either the Under-17 or Under-19 where he was required most.

He responded with 9-7, 9-3 wins in the first two games. He seemed set to take the title easily as he led 2-0. But Robinson bounced back and was ahead 7-4, then 8-6, facing match point. After several service changes, Marcus tied the score at 8-8, and went on to win 10-8 to effectively give Guyana both titles and the overall crown.

“I couldn’t believe I did it. It was a better match than most. I knew I had to win and I just played on,” Marcus told Chronicle Sport.

Raphael De Groot put the icing on the cake when he won the academic Under-13 encounter against Robert Forbes after dropping the first game 1-9, 9-5, 9-5, 10-8.

Coach Carl Ince told Chronicle Sport: “Overall, the performance was more than satisfactory. Everyone involved was quite pleased. We admired even the ones who did not win because they showed improvement. It showed that we are going in the right direction.”

Guyana had gained revenge over Barbados in the semifinals, marching to the final with a 4-1, while Bermuda took care of Jamaica, also, 4-1.

In the Boys’ third place play-off, Barbados edged out Jamaica 3-2.

The presentation ceremony was held last evening at the Georgetown Cricket Club (GCC).
(Article by Isaiah Chappelle of the Guyana Chronicle)